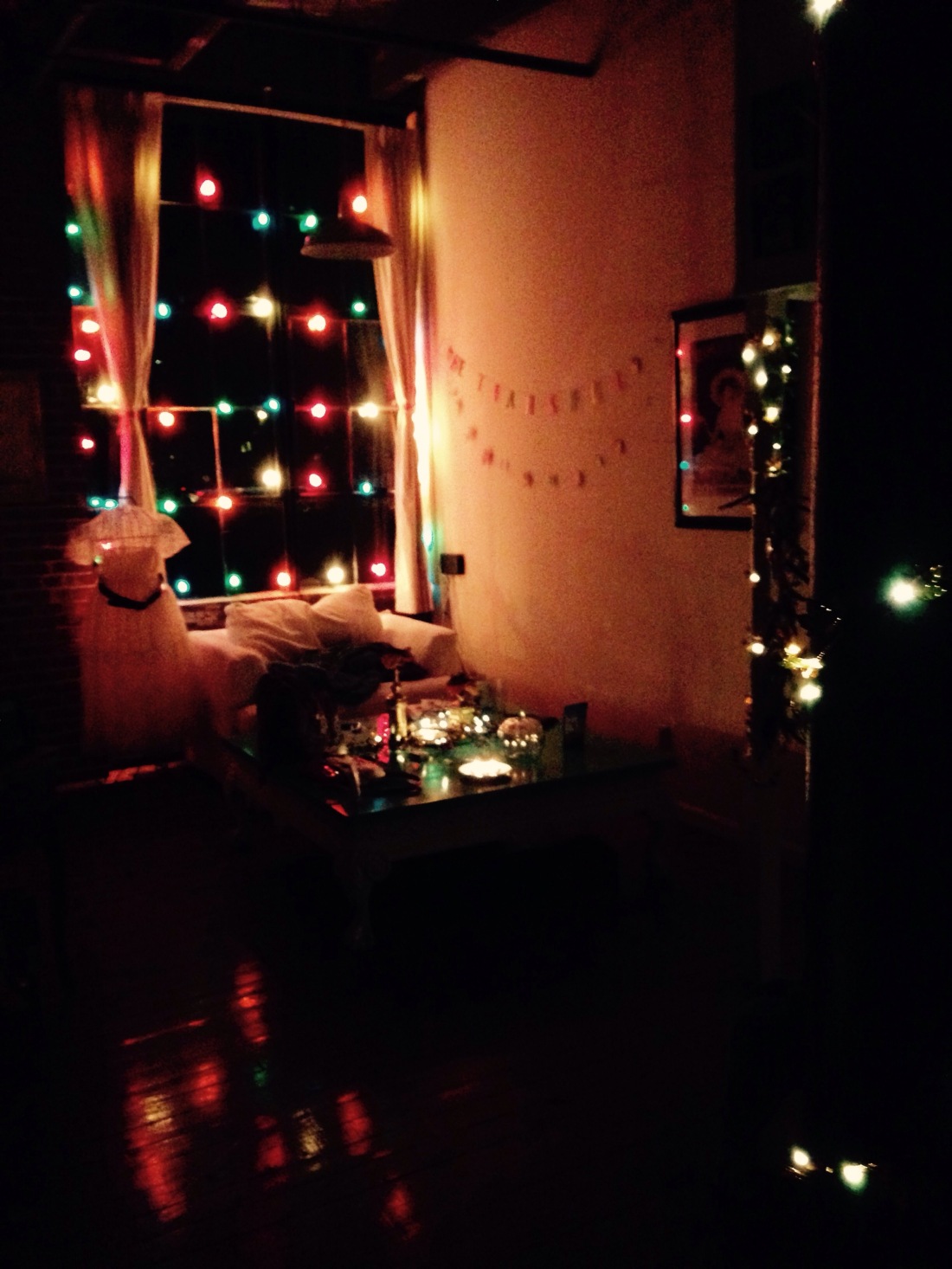 It’s Christmas time …that time of year…you know,just after Thanksgiving …you’ve kind of dealt with all of your family but you can’t completely say goodbye …because …in just less than 30 days…

You have to deal with it all over again.

But every family has fruit cakes.

And it’s not just families it’s everything…

But after this specific date …you can go to town with it.

Like a bunch of parents preparing their children for a parade…”don’t throw that candy!! Wait for it…”

Heck…I’m indifferent about a LOT of things…I have to be just to survive as an American ….it’s ok to laugh at that. But everyone knows…as soon as September hits…and we make it past Halloween…I’m all over it. Like a child with a Xanax addiction but not fully understanding any of it

Happy Holidays you bunch of crazies.

I hung up lights this year…which was pretty significant-considering I don’t even own a hammer…and I nail things with hard covered books.

And I’m not a handy man at all.

But I think I did pretty well.

It helps though,when you’re in a relationship. Because you start to do things you never did before. Like have an opinion about things. Be a little bolder…and take care of things.

For example, I used to have this refrigerator that would freeze up. It was so bad it kept a sheet of ice in the bottom of it. I was ok with that. I was a non confrontational person. I left that and many other things for two years…

And shoots pieces at my face…

Or when the dish washer breaks

And floods the room

And they actually fix it pretty fast.

It’s an amazing thing.
Having a dog is pretty cool

Not many things in life

Not even a cat…is going to jump down and shake their butt every time you walk in.

And Simon wasn’t too bad to house train either .

He woke me up when he had diarrhea   that one very emotional time and this morning;when he kept pawing at my face and licking me…I thought “oh he has to go…ok.”

And so I’m putting on pants…

And then proceeded to vomit

Right beside my leg

The biggest pile I have ever seen

It had to be like twice his body mass

It could have rivaled horse shit.

But it was not….it was vomit.

So yeah other than that he does really well about waking us up.

And he loves the decorations. He just stares at them adoringly….

And I’m like “dude,you can’t even see colour.”  And he’s like …”so what …it glows and by the way, you don’t even have fur on your body…that’s pretty weird.”

He loves the window

Everyday when L goes to work he jumps up there and watches her leave.

It’s really touching. You know what he does when I leave?

Nothing, he jumps in the bed and naps with L. But he does love me. We cook together.

And look for the UPS man.

Well, my super secret gift was not like that at all. I saw the truck and ran in ….Simon behind me.

I get there and L had already carried them in. One huge box….with its name branded on the side so dark – cattle on the moon could read it.

Luckily there were two other packages. They meant  nothing to me. I tossed them at her as she walked in the door. Because I’m cool under pressure like that. And I quickly wrapped the gift.

Luckily L does not wake up until she’s had five cups of coffee.

Either that or she’s a really really good liar. But she maintains she saw nothing. Walking in hands spread with a “hey babe!” Me throwing boxes at her. How could she ?

But Christmas is going to be super.

So just have fun with it.

And watch all the films

And drink all the drinks.

I hope you all have a great one.

Thanks for all you do.

And drink butter rum it’s pretty great. Even Simon stold some from my cup.